Achillea comes from Achilles, a hero of Greek mythology, wounded during the Trojan War, who used the plant to stop the bleeding of his wound and those of his soldiers.

Yarrow has long played an essential role in war medicine and on the battlefield. From Greek and Roman antiquity to the Middle Ages, soldiers rubbed it on their wounds.

Its leaves are of elongated form directly fixed, without petioles to the stem. The thick and branched stem is always a little sticky because of its glandular hairs.

Yarrow is a plant of the Asteraceae family. This family is characterized by its plants which are not really flowers but inflorescences of the capitulum type, i.e. a set of flowers on a receptacle.

In the center, the flowers are white to yellow while in the periphery they are white to pink. This perennial plant, which blooms between June and September, has a strong stem of 30 to 50 cm.

It is often found in the same areas as the daisy, i.e. in places regularly mowed or cultivated (embankments, roadsides, cultivated fields and fallow land).

This plant is known in herbal medicine for improve digestion, relieve the stomach, relax the smooth muscles of the intestine and uterus, decongest the liver and soothe painful periods. The flowers and leaves are hemostatic and healing. The plant also has anti-inflammatory and antioxidant properties.

Molecules such as sesquiterpene lactones (bitter compounds), flavonoids and camphor confer an anti-inflammatory action. We also find Achillein, a nitrogenous compound with haemostatic properties. Its essential oil, of bluish color, is rich in monoterpenes.

The flowering tops of the yarrow are harvested by hand in their natural environment, around our garden.

This so-called "wild" harvest allows us to offer you a flower rich in active ingredients. It is used in the Beauty Garden organic herbal tea soporific for its relaxing properties. Thanks to this infusion, the plant also brings us its anti-inflammatory properties help the body to soothe. 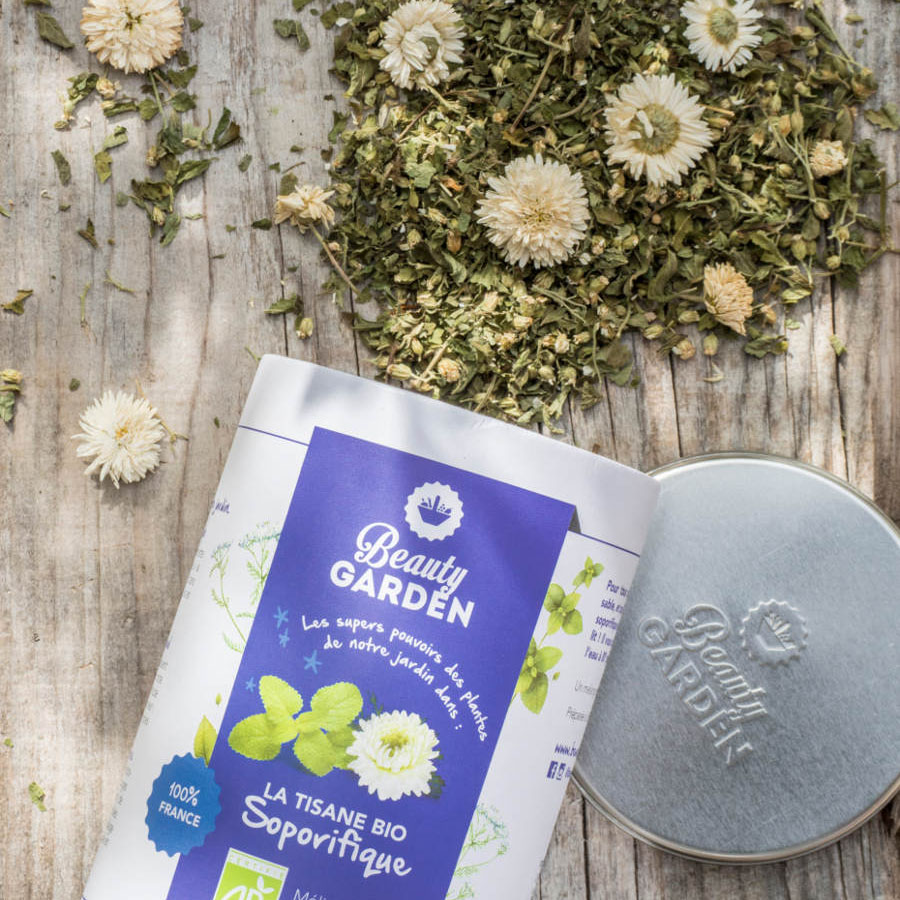 Did you know that we ship to over 24 different countries